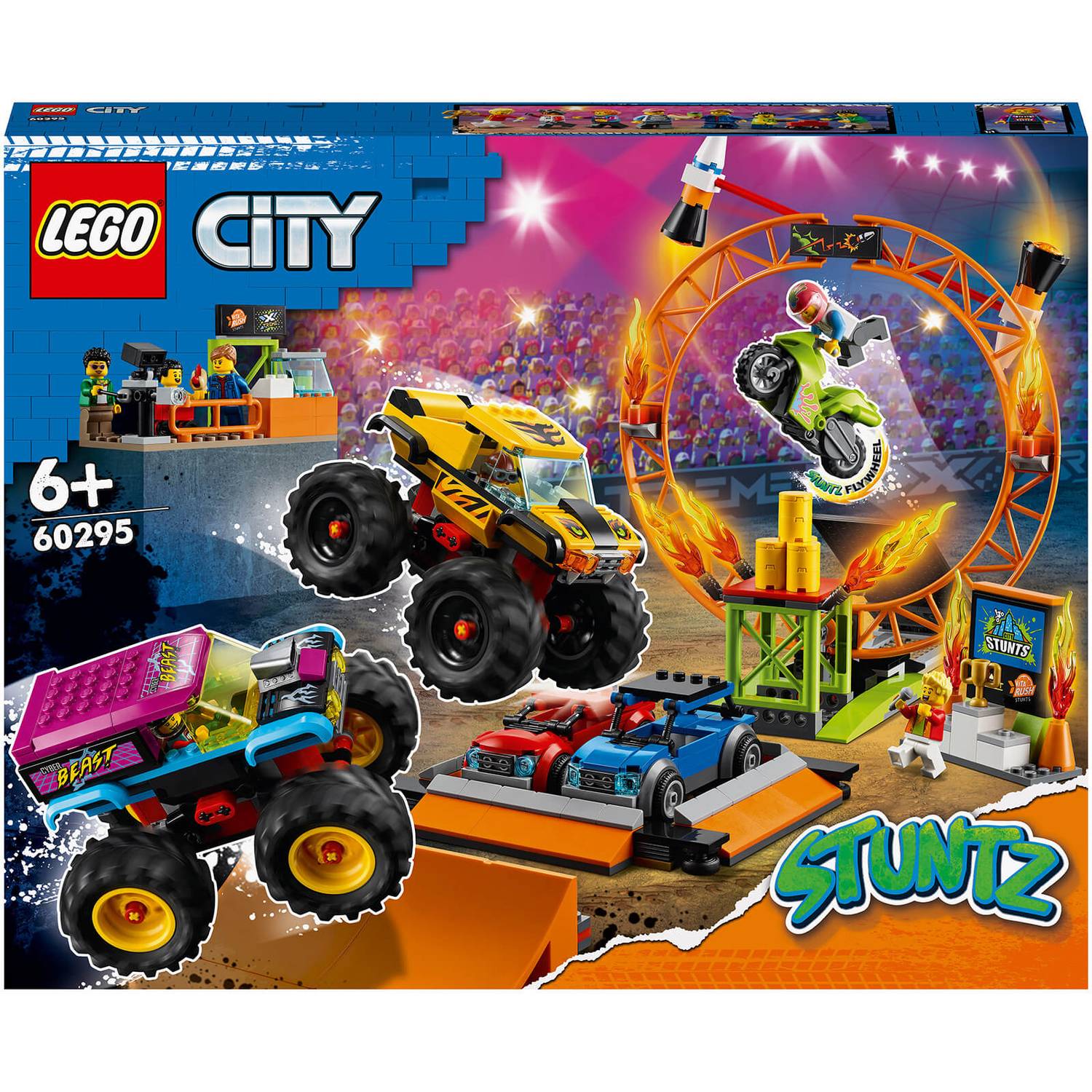 Stuntz, a fun-filled subtheme of LEGO City, brings the joy of stunt masterpiece performances! The LEGO City Stunt Show Arena (60295) toy set for kids 6+ years old comes with a flywheel-powered self driving motorcycle and props for spectacular stunt action. Kids can push the bike to activate the flywheel and launch the toy stunt bike through a ring of fire, perform backflips and stunts with 2 cool toy monster trucks and collapsible toy cars. Reconfigurable stunt modules allow easy changes for different performances. It comes with 7 minifigures, including 3 LEGO City TV characters Alex, Ann and Dynamo Doug - enough for sharing between friends!