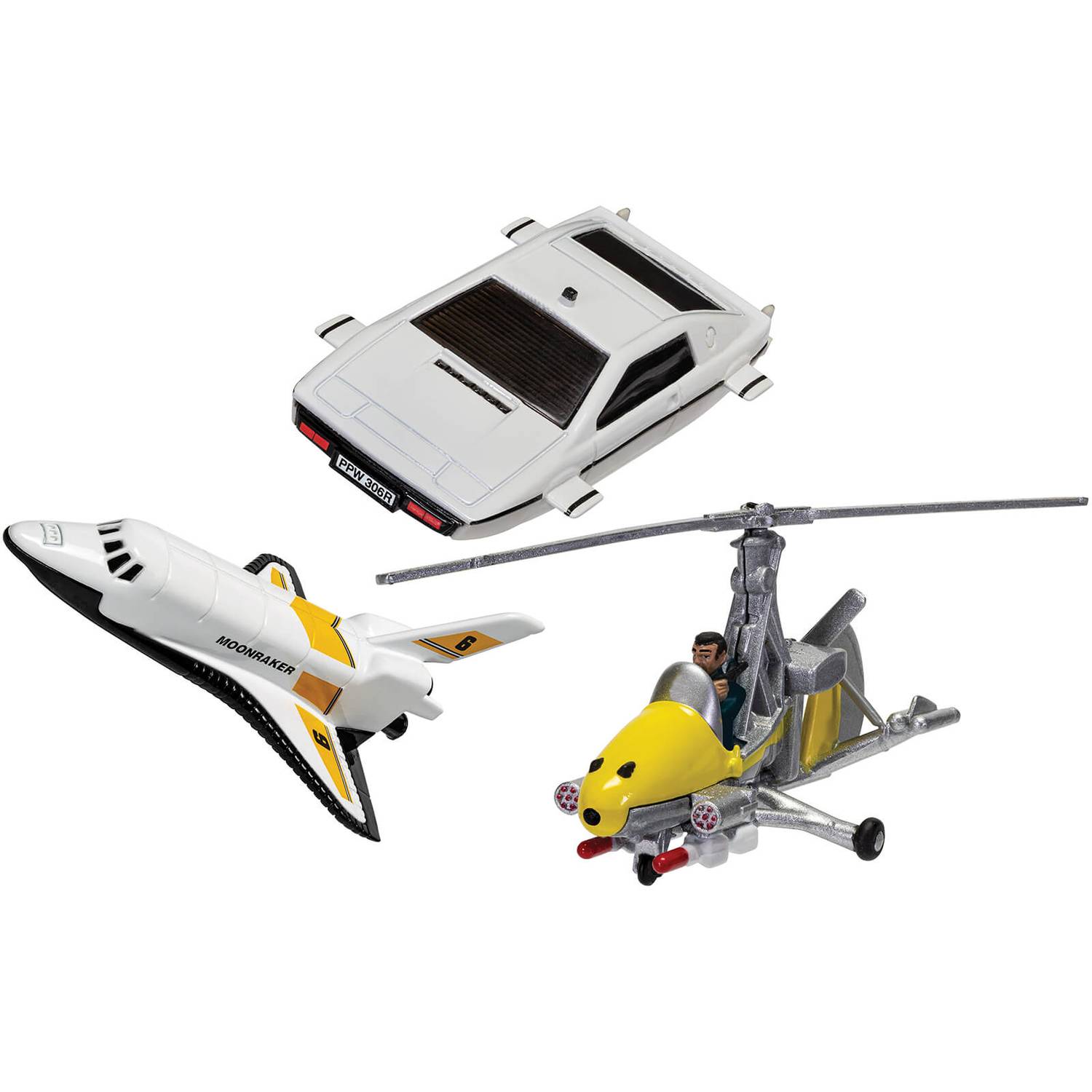 James Bond isn't just restricted to the use of beautiful cars in his adventures, often making use of more unusual alternative modes of transport to fulfil his missions, and this collection brings together three of them. The 'Little Nellie' autogyro is a small one person helicopter, fully fitted out with a powerful selection of gadgets by Q Branch. Flown on an armed reconnaissance mission by James Bond in You Only Live Twice, Little Nellie is forced to prove its mettle when it is engaged by helicopters operated by SPECTRE. Perhaps the single most outlandish car driven by James Bond, this white Lotus Esprit is capable of transforming from surface driving to submersible operations underwater. Appearing in The Spy Who Loved Me, this heavily armed vehicle is capable of blowing foes out of the water! James Bond took to the stars in Moonraker, travelling into Earth's orbit aboard a Moonraker Space Shuttle to stop Hugo Drax from destroying all human life on the planet below. Bond acted as a gunner aboard the Shuttle in the resulting battle with Drax's forces.