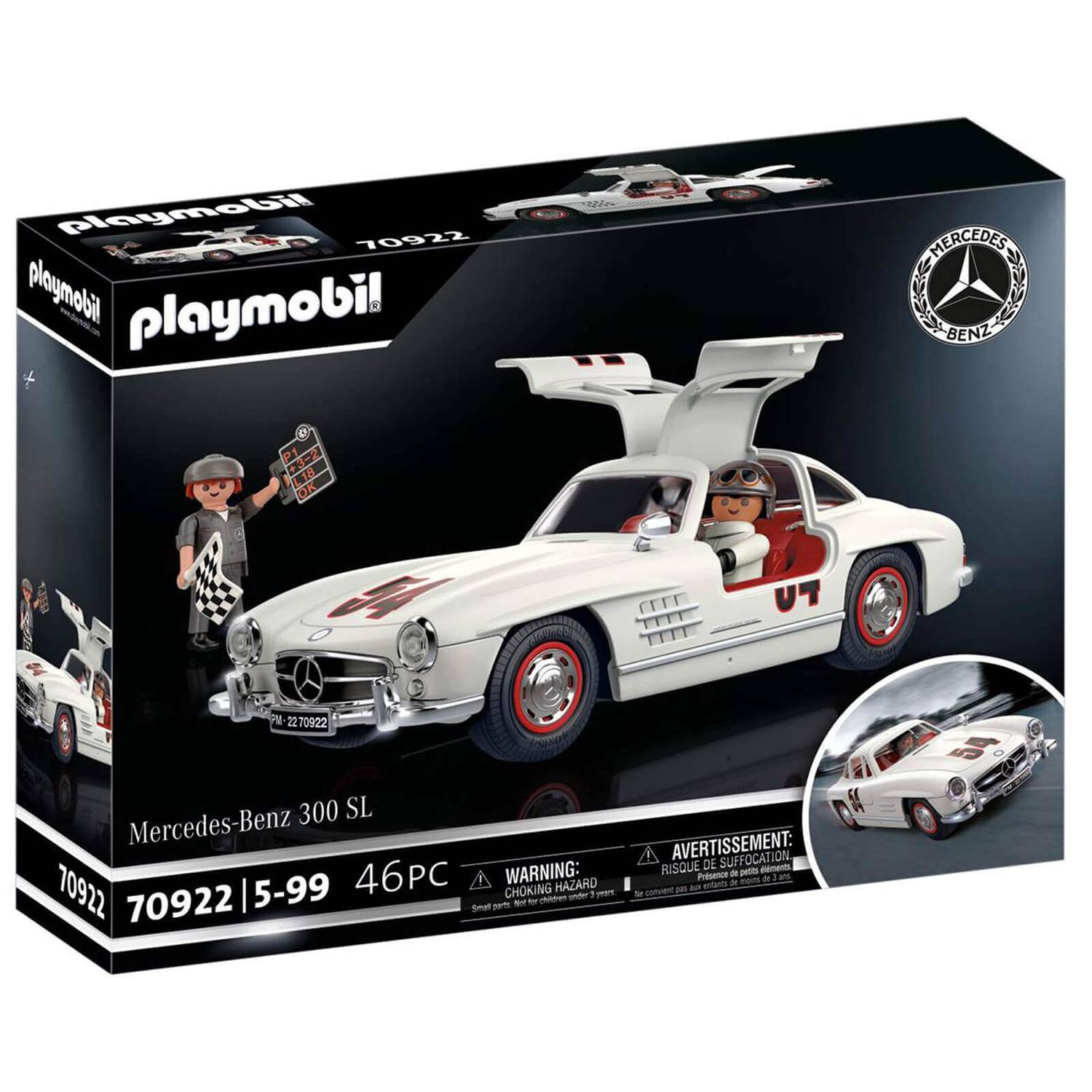 The sports car icon from the 1950s with the legendary gullwing doors. Now also from PLAYMOBIL, equipped with figures and accessories in a 1950s racing scene.

Introducing the Mercedes-Benz 300 SL, a classic sports car icon from the 1950s with legendary gullwing doors. When it was unveiled at the International Motor Sports Show in New York in 1954, the Mercedes-Benz 300 SL was considered the fastest sports car of its time, reaching top speeds of 228 mph. With its gullwing doors, gasoline direct injection, and lattice tubular frame, the 300 SL is highly-recognizable. The 300 SL's recipe for success is its perfect blend of rough-and-tumble racing character mixed with a dash of luxury and extravagance. And now, the dream sports car of the 20th century appears as a PLAYMOBIL version with legendary, hinged gullwing doors, chrome-colored bumpers and radiator grille, and 50s accessories. Easily open the gullwing doors to seat the figures. There is more than enough room in the trunk for storage. With the help of the pit board, the driver stays informed about his position during the race.

The Mercedes-Benz 300 SL from PLAYMOBIL - a sports car icon that no car collection should be without. Set includes a racecar driver, mechanic, toolbox, finish line flag, pit board, and many other accessories for a fun race around the track. The included table plaque lists the sports car's most important information. Recommended for ages five to ninety-nine years. Warning. Choking Hazard. Small parts. Not for children under 3 years.