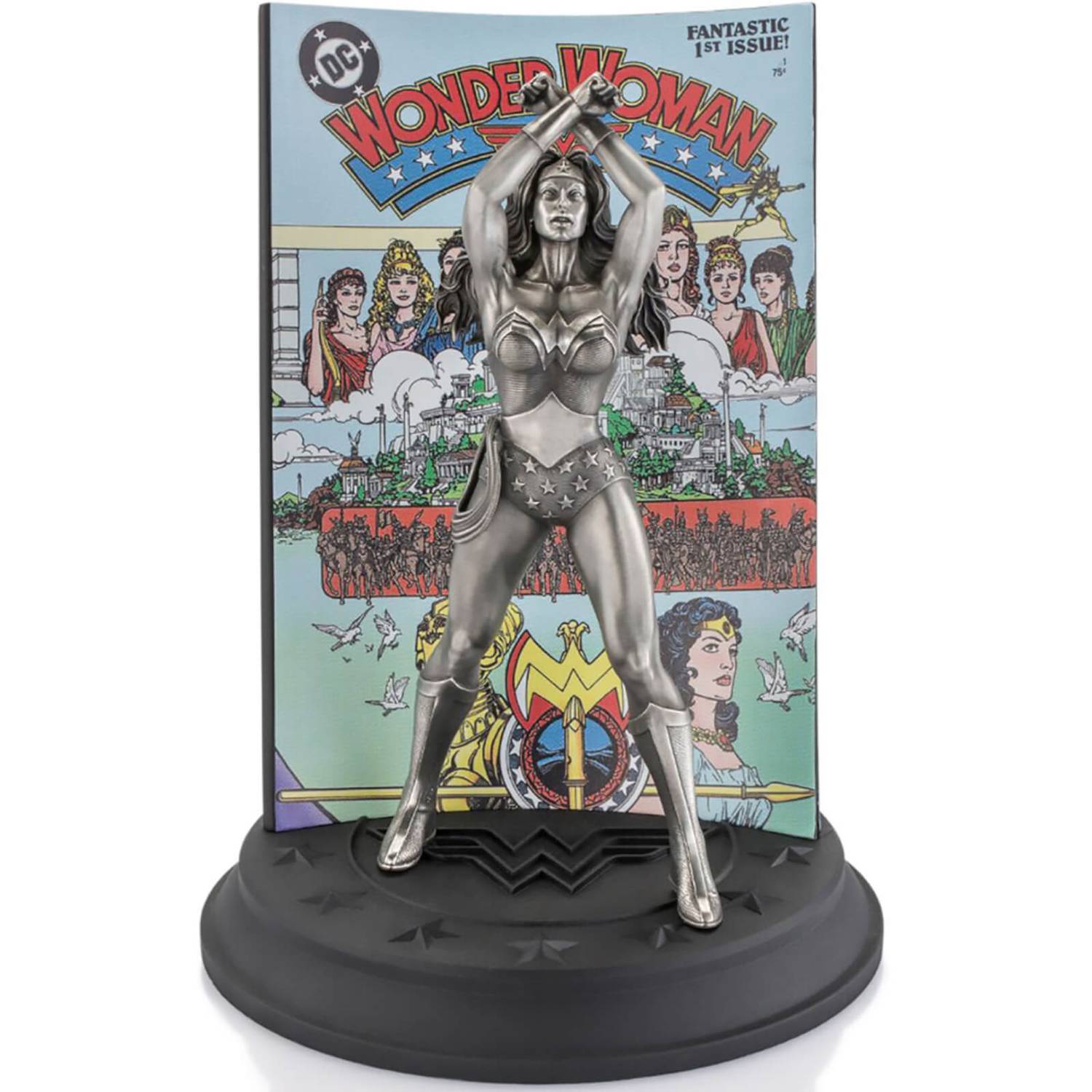 A limited edition of 800 individually numbered pieces worldwide.1987’s reimagining of the Wonder Woman mythos reaffirms her Amazonian heritage with a heightened degree of Greek mythology, portrayed to great effect in George Perez’s spectacular cover art.Interpreted in 3D by illustrator Alan Quah and sculptor Ghim Ong, a superbly modeled Diana of Themyscira stands in victory, proudly holding her Champion’s bracelets aloft, against a backdrop of the original cover art.