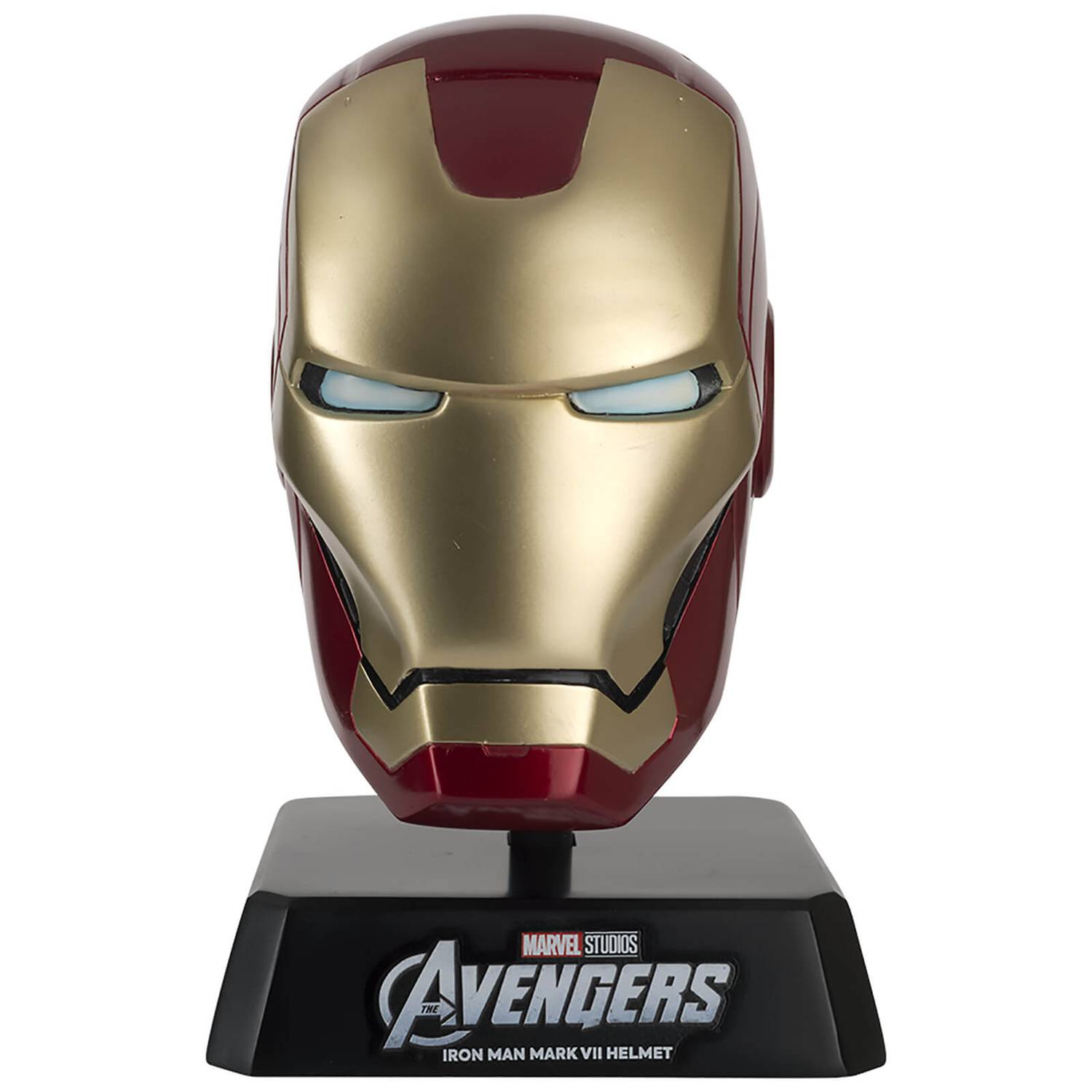 This Iron Man Mark VII helmet is an iconic artifact from the Avengers movie, recreated as a highly accurate hand painted resin model that's 16cm tall on its special plinth. First deployed during the Battle for New York, the Iron Man Mark 7 was built for heavy combat - and proved its worth against Loki's Chitauri army. Behind this iconic red-and-gold helm, Tony Stark took the fight to the alien invaders, fighting alongside his fellow Avengers as the invincible Iron Man! Standing at 16cm tall on its plinth, this Iron Man Helmet comes packaged in a window display box complete with certificate of authenticity. Made from hand-painted resin.