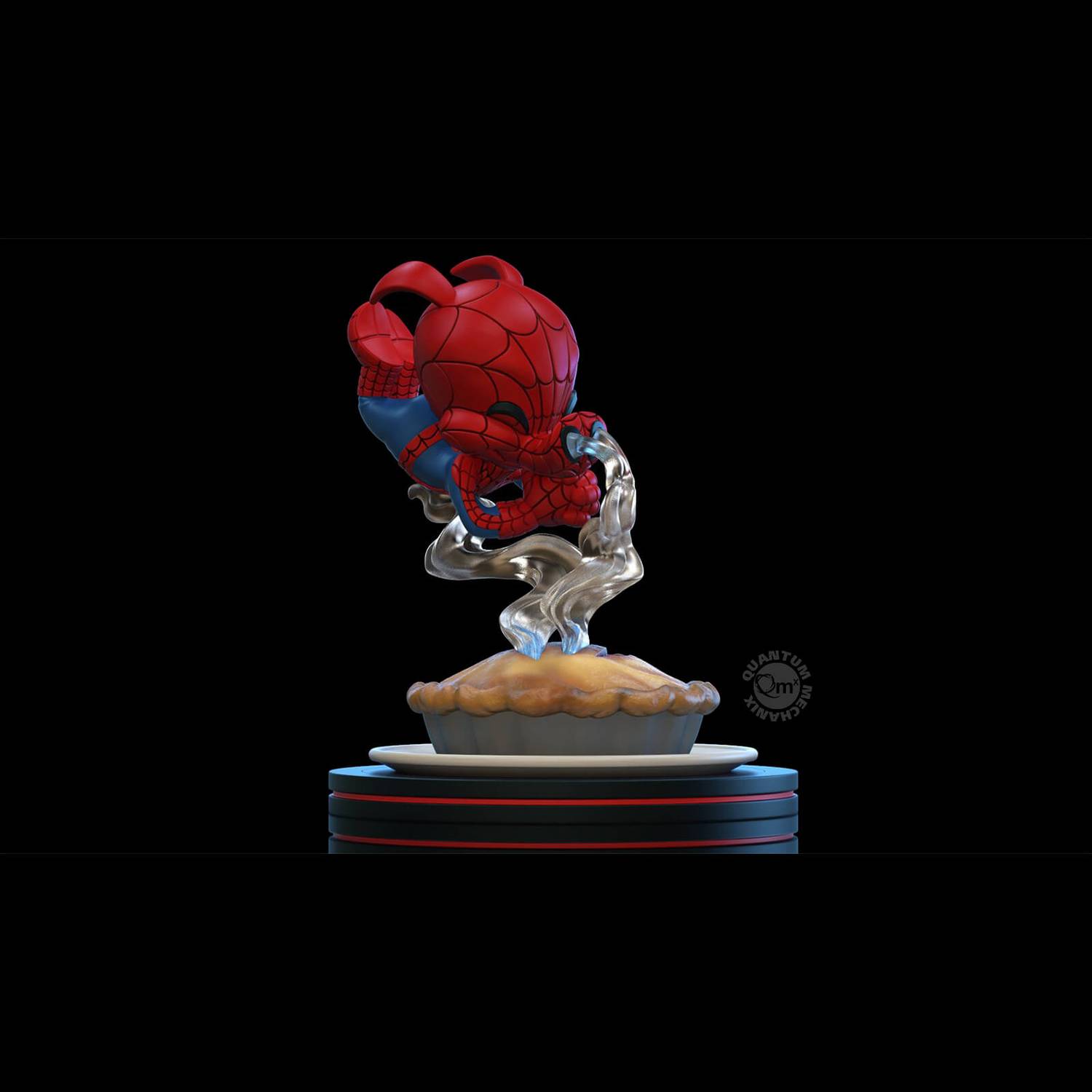 Is Peter Porker a spider with the limitations of a pig? Or a pig with the strength and agility of a spider? Who cares! He's the Spectacular Spider-Ham, and he's here to fight crime and eat. And eat. And eat some more.

Nothing can distract Peter Porker from his mission to keep the city safe except for tasty, tasty pie, and unfortunately baked goods have fully captured his attention in our Spider-Ham Q-Fig Diorama. Peter Porker hovers gently above a fresh confection, suspended miraculously in the air and held aloft only by the wafting scent of his favorite dessert. Inspired by the classic Marvel comic book character, you've never owned a Spider-Verse collectible quite like the Spider-Ham Q-Fig Diorama from QMx.

The Spider-Ham Q-Fig Diorama stands approximately 4 inches tall including the display base, complete with pie. Collect Spider-Ham and the rest of our Marvel Q-Fig Dioramas today!