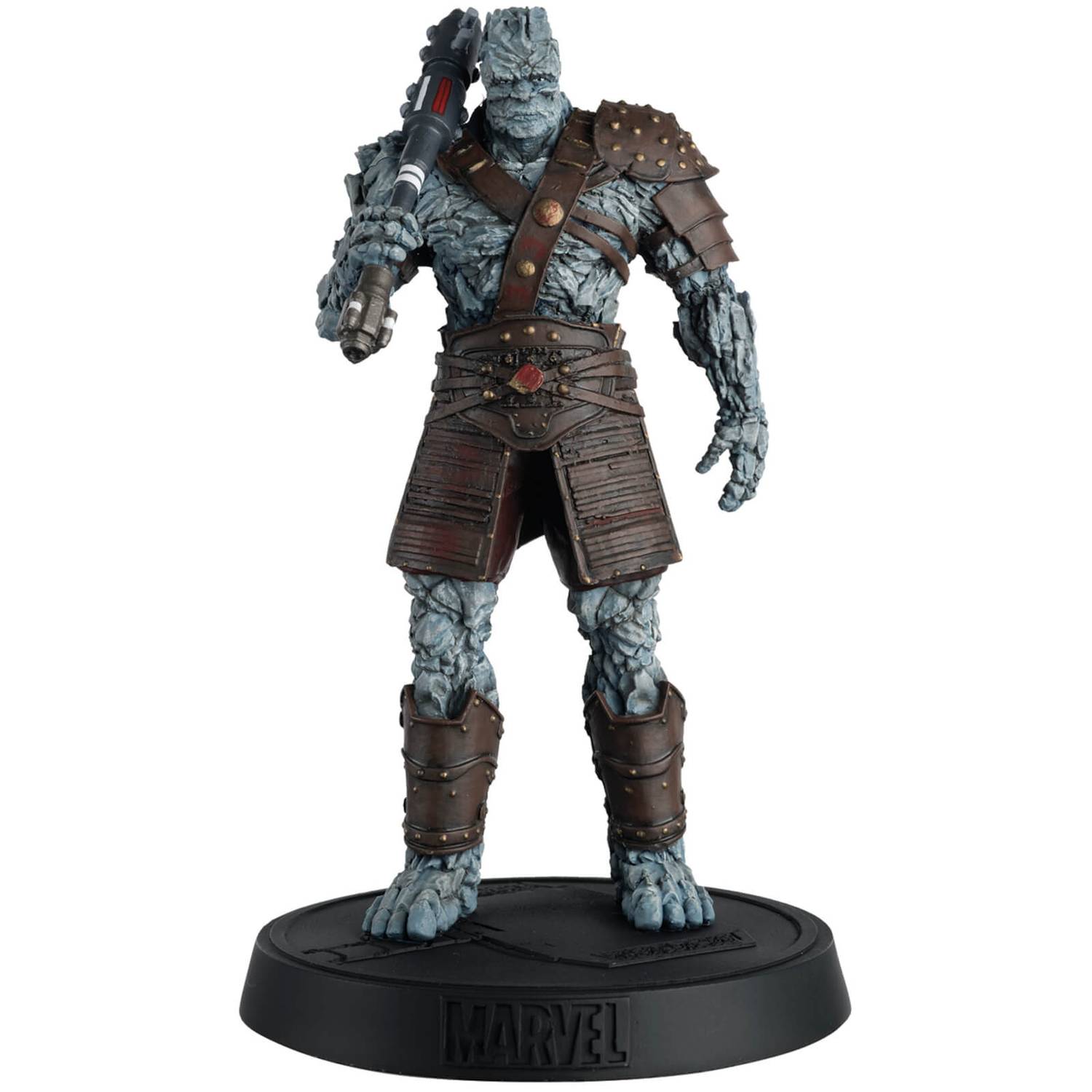 Korg was one of the strange rock-like race called the Kronan. With a sturdy body made of stone, he became a staunch ally of Thor when the God of thunder found himself trapped on Sakaar.

Marvel Studios’ Thor: Ragnarok saw the God of Thunder’s adventures move to the strange world of Sakaar. This 1:16 scale Korg Figurine features Korg made out of grey-looking rocks and sporting a brown gladiator armour costume with a weapon. Korg is rendered in metallic resin and carefully hand painted.

The Korg Figurine is accompanied by a 16-page magazine showcasing behind the scenes of how Marvel Studios started to plan out their third Thor movie and Korg meeting Thor; a prisoner on Sakaar.