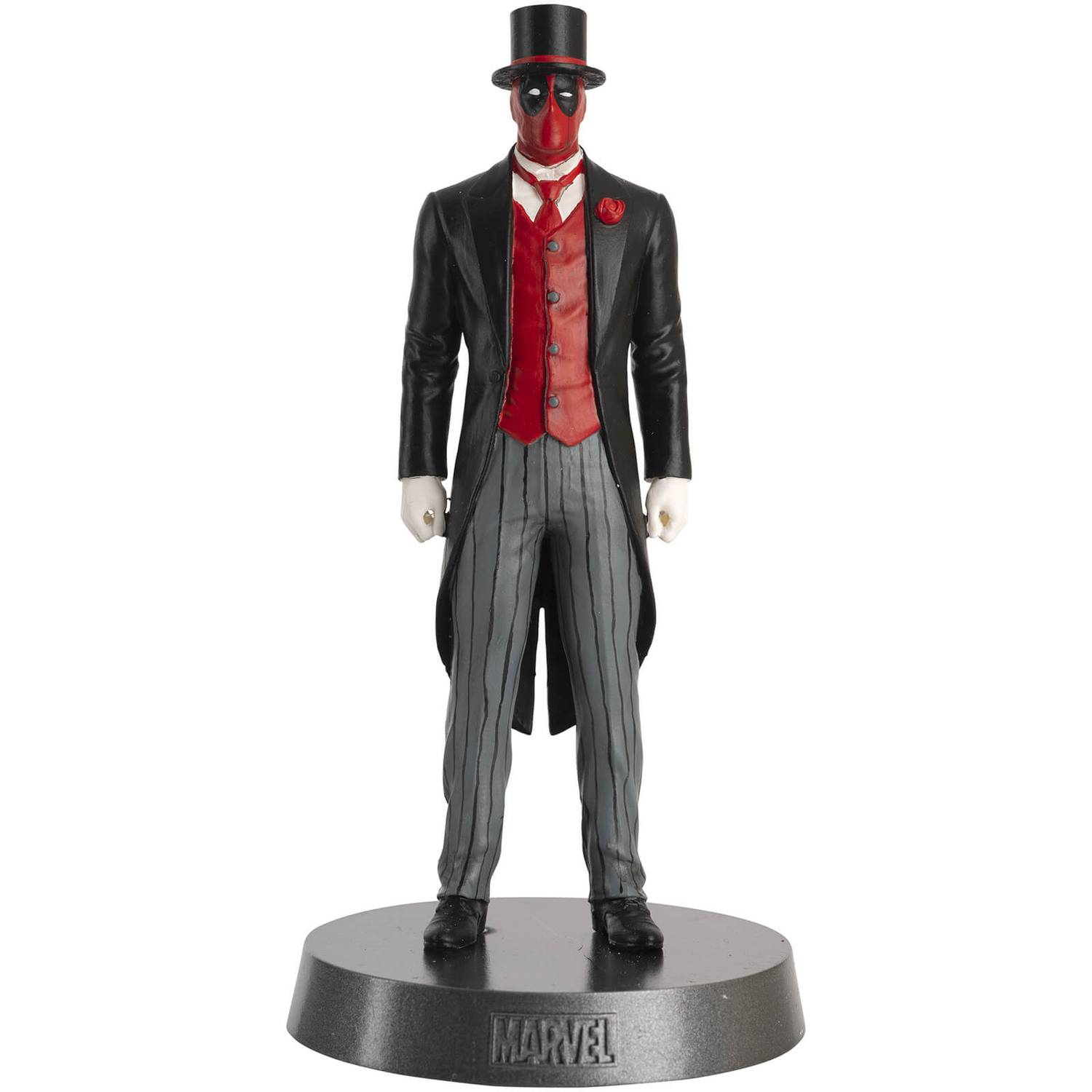 Dressed to kill, in tux-and-tails and a fancy top hat - it's the Deadpool Groom Heavyweights Figurine!

Wade’s been married a few times, but this costume is straight from the cover of Deadpool #27, in which Deadpool got hitched to Shiklah, demonic Queen of the Underworld. It was a very romantic affair, honest.

This range of 1:18 scale Deadpool Heavyweight statuettes showcase Wade Wilson, a.k.a. Deadpool, in costumes and poses straight from the comics – all in full cast metal! Each highly-detailed model comes in a stylish collector’s tin, decorated with art from the comics.