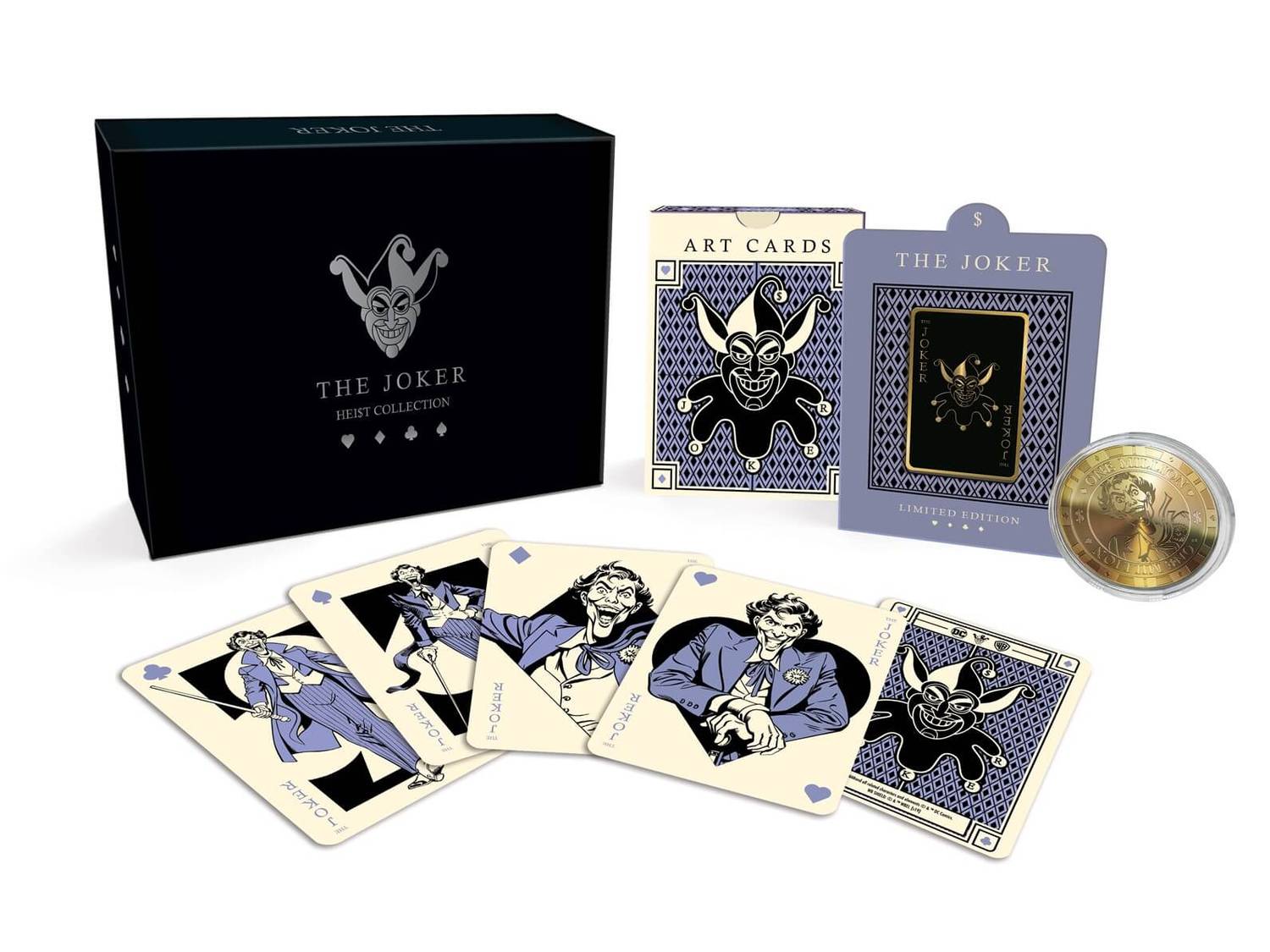 A unique limited edition collectable to Zavvi’s Heist Collection. Strictly limited to 500 units, this amazing collector’s set contains a one-million-dollar coin, Joker pin badge and art cards, each securely displayed in an anti-scratch matt black Joker box. It’s a must have for any collector or fan of DC Comics! Red Hood stole one-million-dollars from the Monarch Playing Card company: was it worth the drastic change of his appearance?

He is the most iconic villain in pop culture; with no superhuman abilities the Joker uses his criminal master mind and expertise in chemical engineering to create his lethal concoctions to terrorise the citizens of Gotham City. Created in 1940 by Bill Finger, Bob Kane and Jerry Robinson the super villain was planned to be killed off after his initial appearance but quickly went on to becoming Batman’s archenemy. Throughout the decades the Joker has been presented with various personalities. 1940’s DC comics portrayed the character as a criminal mastermind, introduced as a disturbed man with a warped, sadistic sense of humour, post-war 1950’s he became a light-hearted menace with the infamous episode ‘Surf’s Up, Joker’s Under’ including the Joker and Batman battling in a surf off. The Joker then returned to his darker roots in the 1970’s.