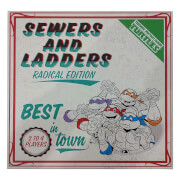 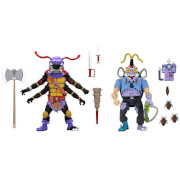 After wading in a puddle of radioactive waste, four radical reptiles are transformed into New York City's greatest crime-fighting quartet. Their biggest enemy? The Shredder, ruthless leader of the Foot Clan, a criminal organization that's terrorizing the city.