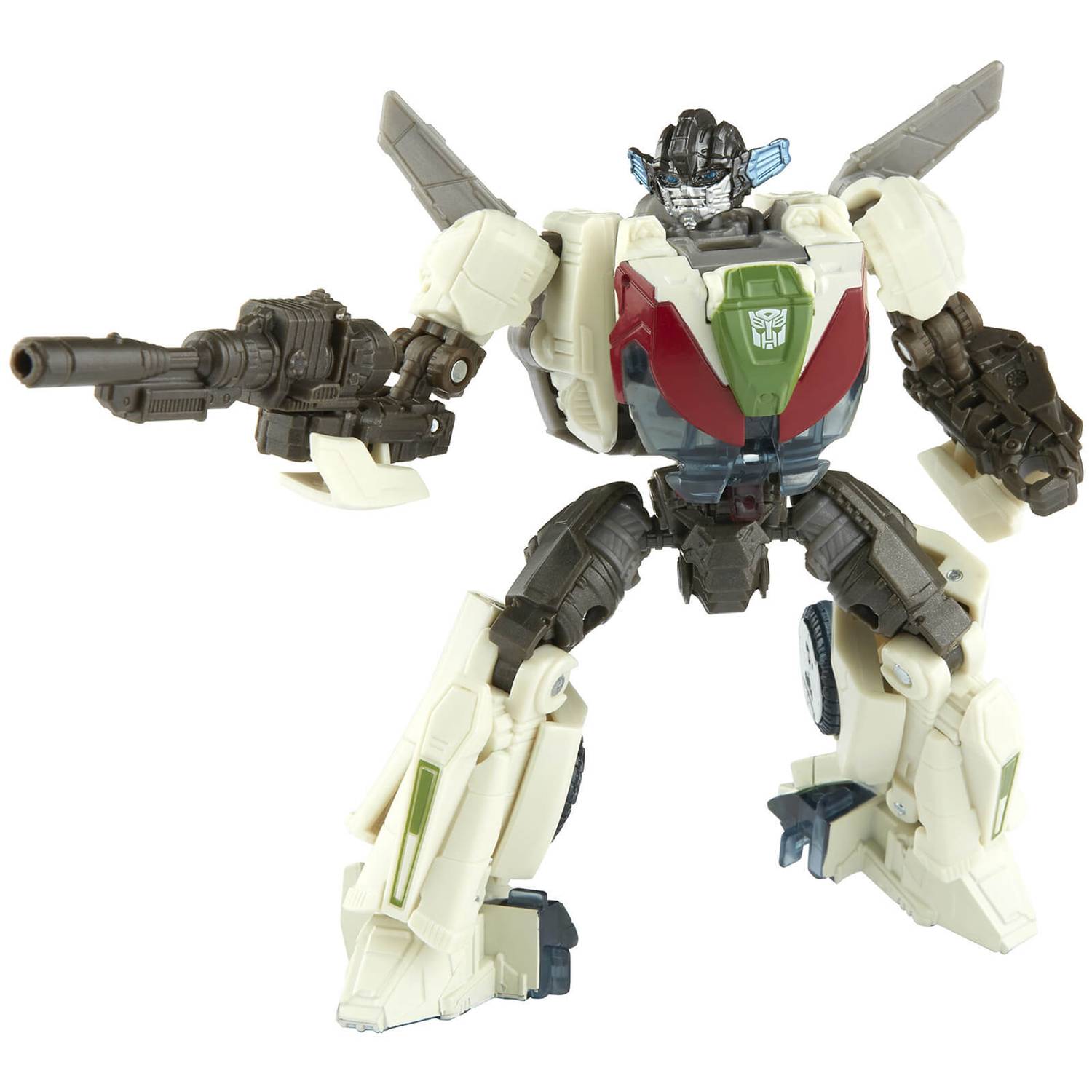 This Studio Series 81 Deluxe Class Transformers: Bumblebee-inspired Wheeljack figure converts from robot to Cybertronian racecar mode in 31 steps. Remove backdrop to showcase Wheeljack in the Cybertron Falls scene. In the Cybertron Falls scene from Transformers: Bumblebee, Wheeljack and the Autobots are overwhelmed by the Decepticon attack and must escape Cybertron if they hope to survive. Pose the figure out with the included blaster accessory and imagine re-creating this classic movie moment!

Transformers and all related characters are trademarks of Hasbro.