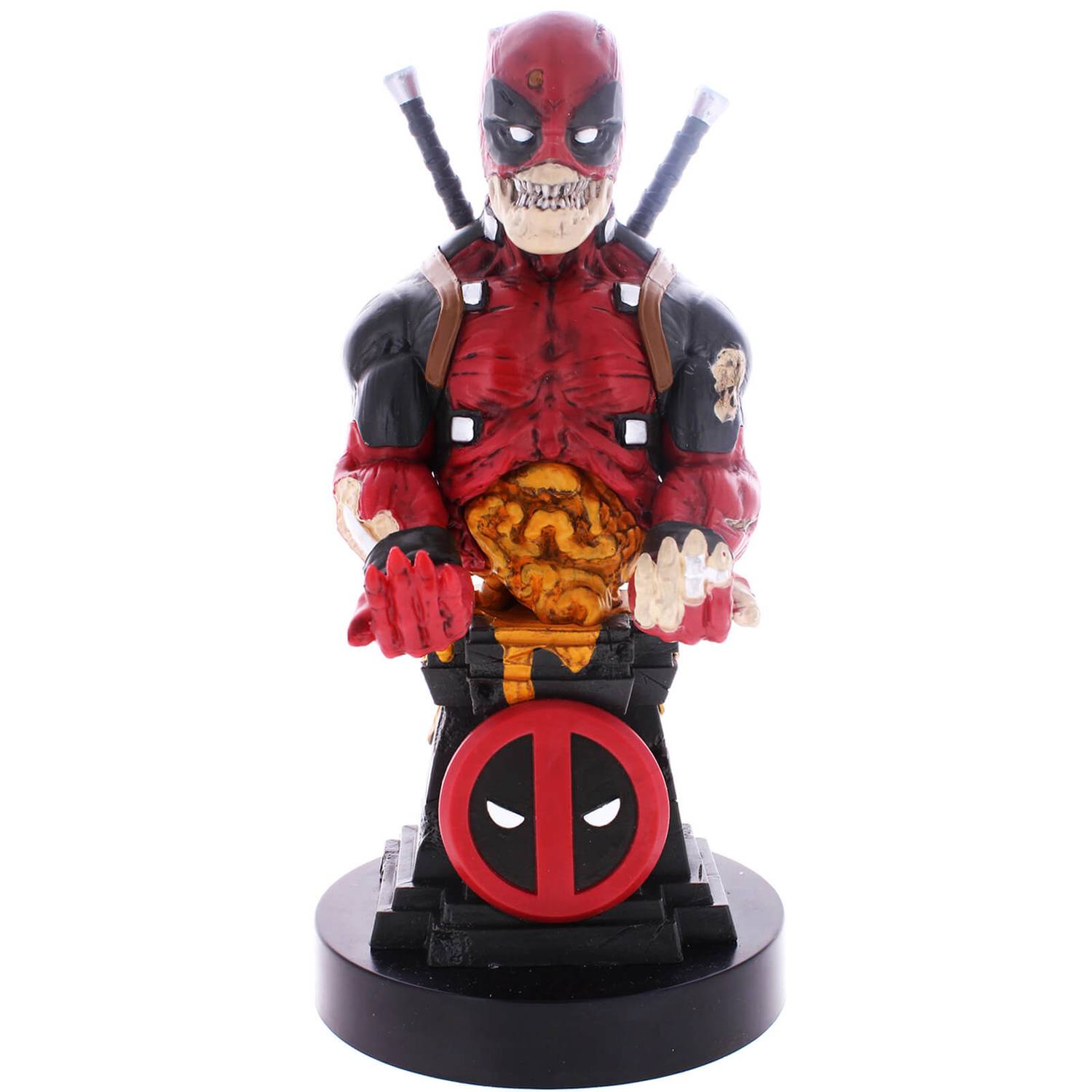 The Merc with a (flesh-eating) Mouth is here to guard your gadgets with the Cable Guys Deadpool (Zombified) ¾ Bust, inspired by the Marvel Zombies comic books.

The Cable Guys Deadpool (Zombified) ¾ Bust is compatible with PlayStation controllers, Xbox controllers, and most smartphones.

Published in the early 2000s, the Marvel Zombies comic-book series (written by Robert Kirkman) takes place in an alternate universe where most of the superheroes of Earth-2149 have been transformed into the undead - an event known as the 'Hunger Gospel'.

Zombie Deadpool hails from this universe and refers to himself as the 'Merc with Half a Mouth', on account of his decomposing jaw.

During the formation of a new criminal faction, under management of a zombified Kingpin, this version of Deadpool was selected to travel to Earth-616 (the main Marvel universe) and spread the Hunger Gospel.

While feeding on several innocents, the Initiative (a team of heroes) came to the rescue and fought tooth and nail with the flesh-eating Deadpool. Though able to fight back and defeat most of his attackers, Zombie Deadpool was torn apart by an industrial fan.

On account of his undead nature, these extensive injuries were unable to completely finish the job, leaving Zombie Deadpool alive as a head - referred to as Headpool. Once set free, Headpool would search for a new body and eventually join the Deadpool Corps (a team of Deadpools from across the multiverse).