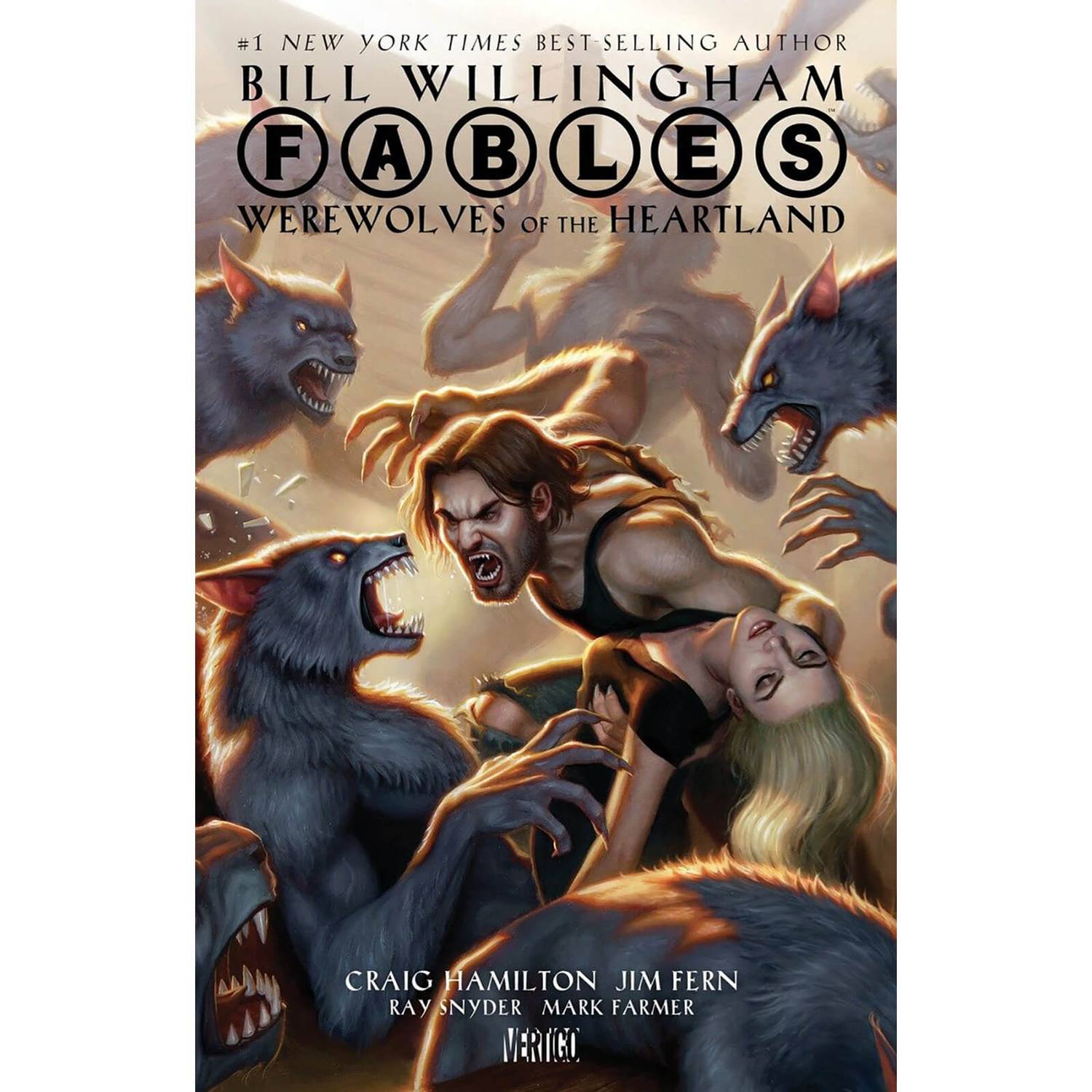 Fables: Werewolves Of The Heartland

At long last! The long-awaited original Fables - Werewolves of the Heartland graphic novel is here!

Bigby Wolf embarks on a quest through the American Heartland to find a new location for Fabletown, a secret society of exiled fairy tale characters living among the "mundys."

In his wanderings, Bigby stumbles across Story City, a small town that seems to be occupied solely by werewolves.

Oddly enough, they seem to already know and revere Bigby, but at the same time they've captured and caged him.