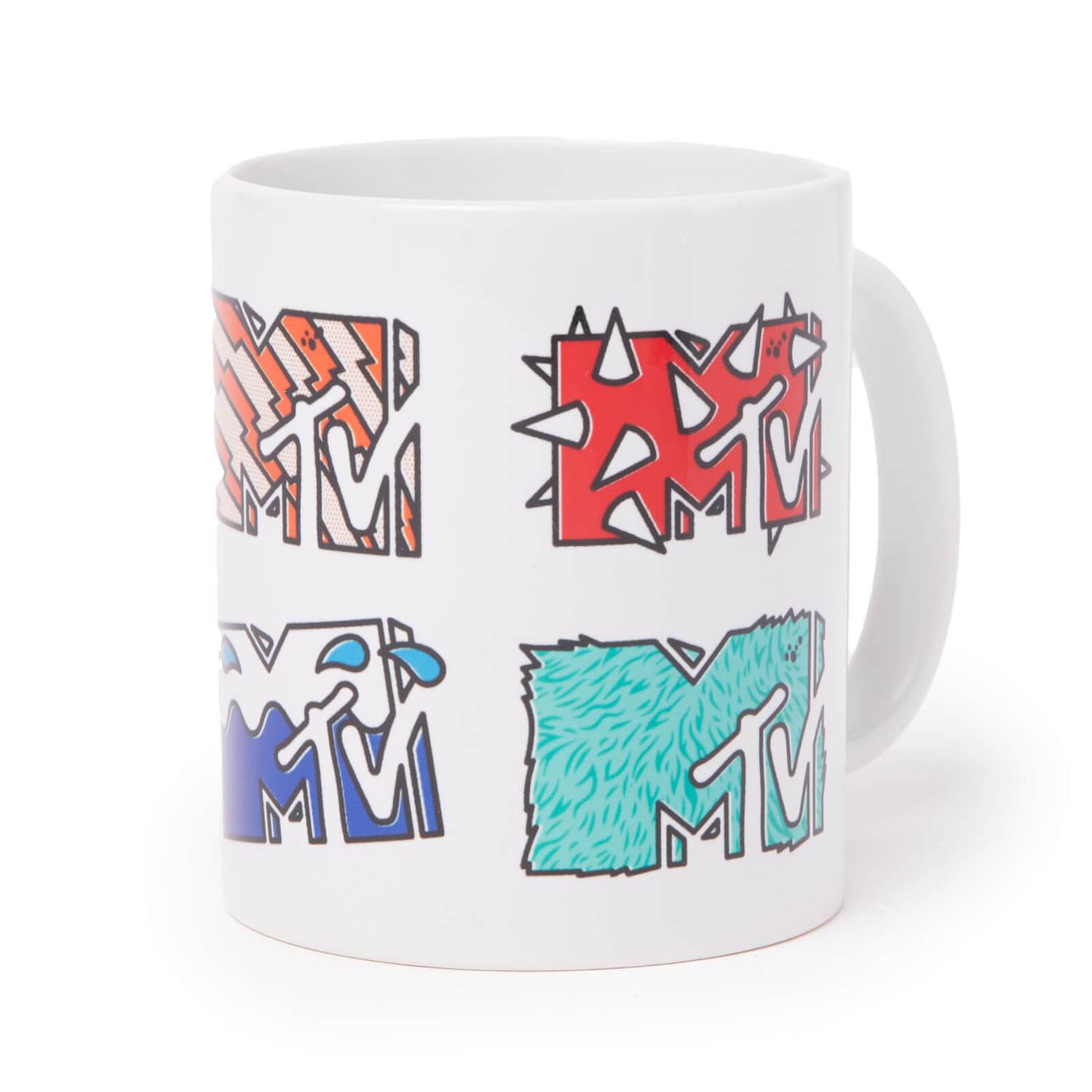 The unique MTV Multiple Logos Mug is a one of a kind design, unique to our site.

Crafted with great attention to detail, developed for us and printed on a stylish mug.

It's ideal as a gift for yourself or for a loved one to use at work for a much needed caffeine fix. You'll be sure to make anyone's day with every brew made.