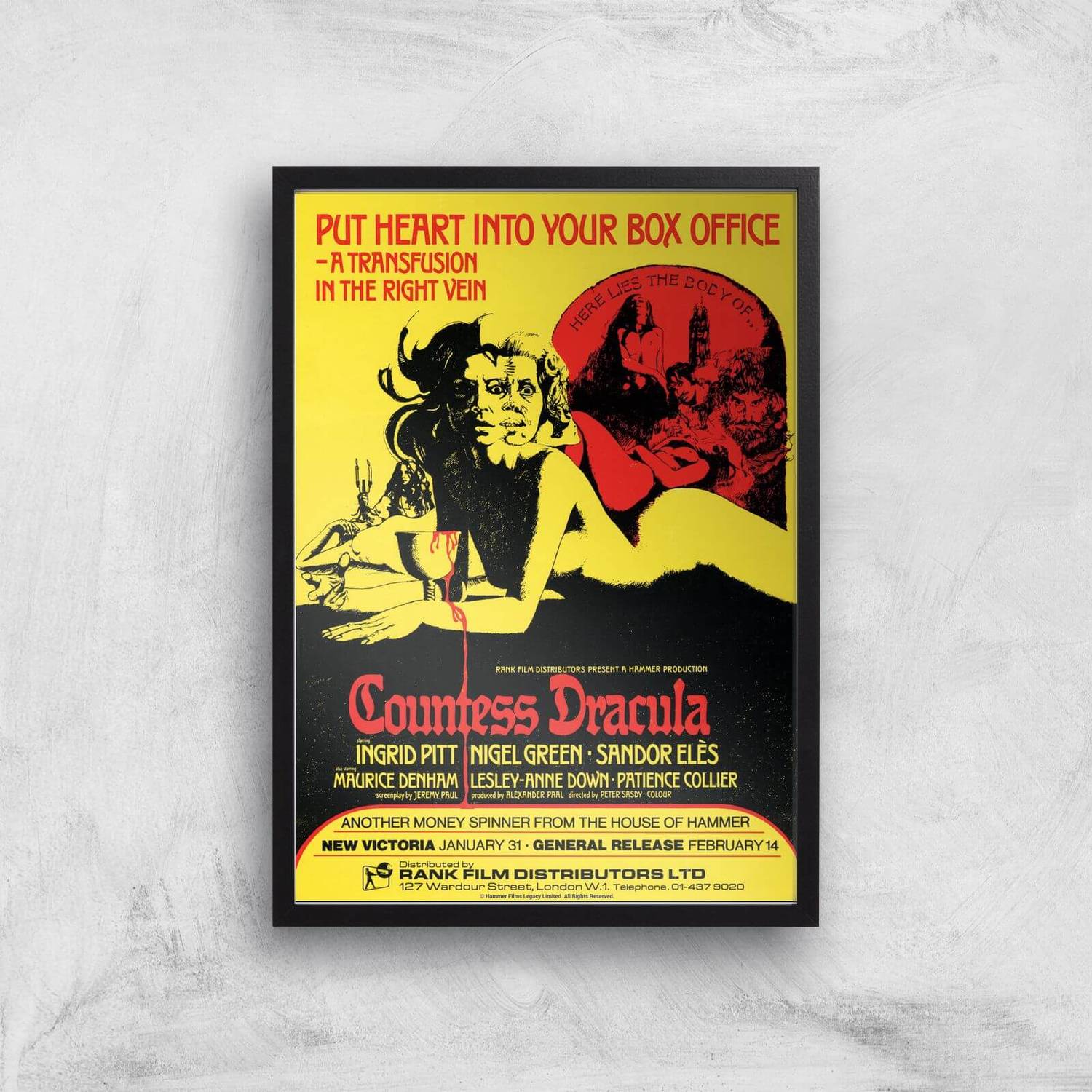 Released on Valentines day in 1971, starring Ingrid Pitt as the titular female lead. Set in 17th century Hungary, Countess Elisabeth Nadasdy discover she can restore her youthful appearance and personality by bathing in the blood of young women. After discovering this method, the Countess set out to kill enough young women to restore her youthful beauty for eternity whilst she covers up her crimes by posing as her own daughter due to her new rejuvenated look.

Hammer Film Productions is a British film production company founded in 1934, it is best known for a series of gothic horror films made from the mid-1950s until the 1970s which include Dracula, The Vampire Lovers, The Mummy and many more! Show your love for the classic genre with our Officially Licensed merchandise collection.

Printed on Premium Matt Coated 230gsm paper, our giclee prints are of the highest quality. Our prints come hand rolled to ensure quality is maintained in the finished product. Frame not included.