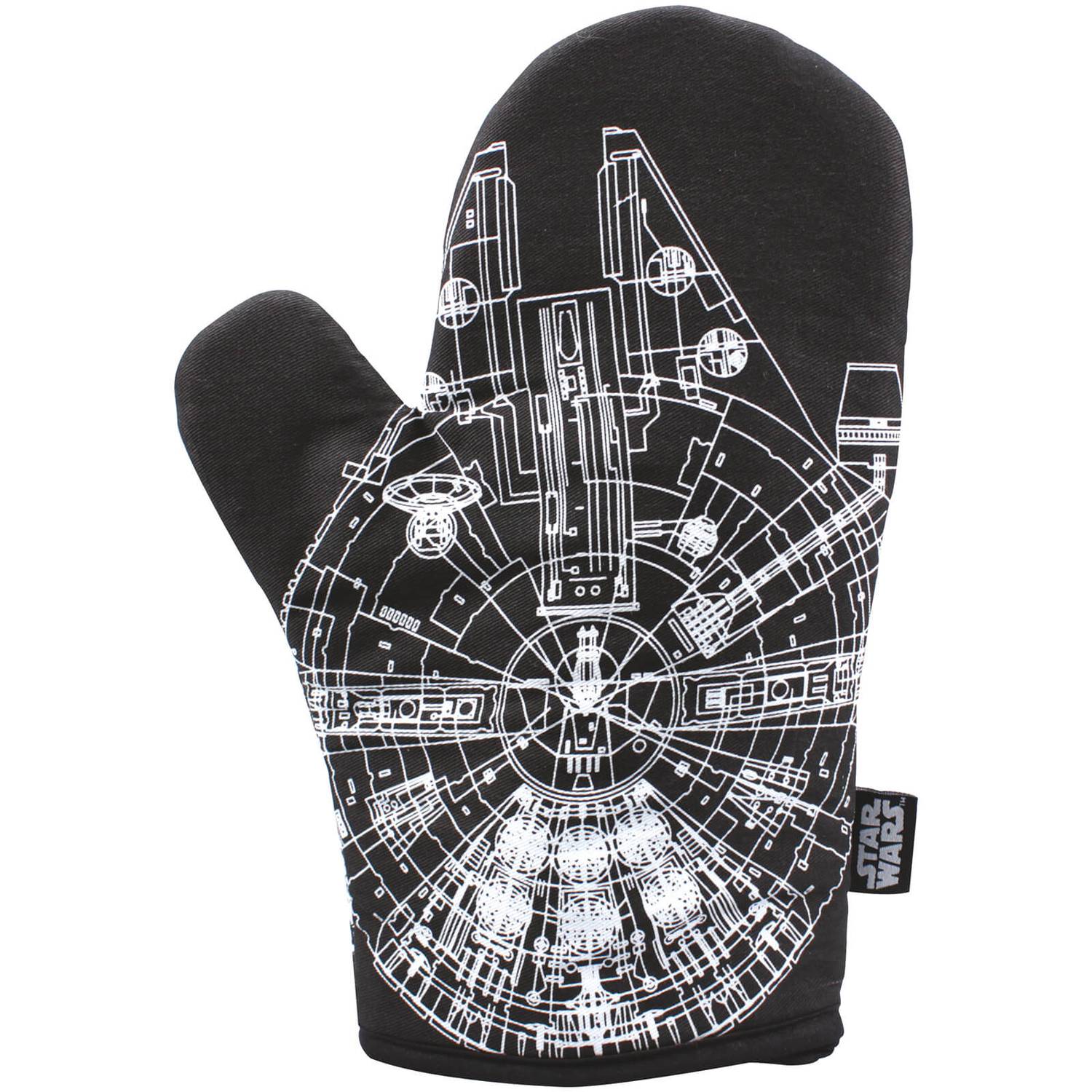 Bring some space battle action into the kitchen with this awesome Star Wars Millennium Falcon Oven Mitt, the perfect gift for Star Wars fans who love to cook as much as Han Solo loves to brag about making the Kessel Run in less than twelve parsecs.

On the front of the cotton mitt is cross-section style line-art of the Millennium Falcon, the ship that first became famous in 1977's Star Wars Episode IV: A New Hope. The bottom of the oven mitt has a repeated pattern of some of the most recogniseable vehicles from the original Star Wars trilogy, including TIE Interceptors, A-Wings, AT-AT Walkers, X-Wings, Imperial Star Destroyers and of course, the Millennium Falcon.