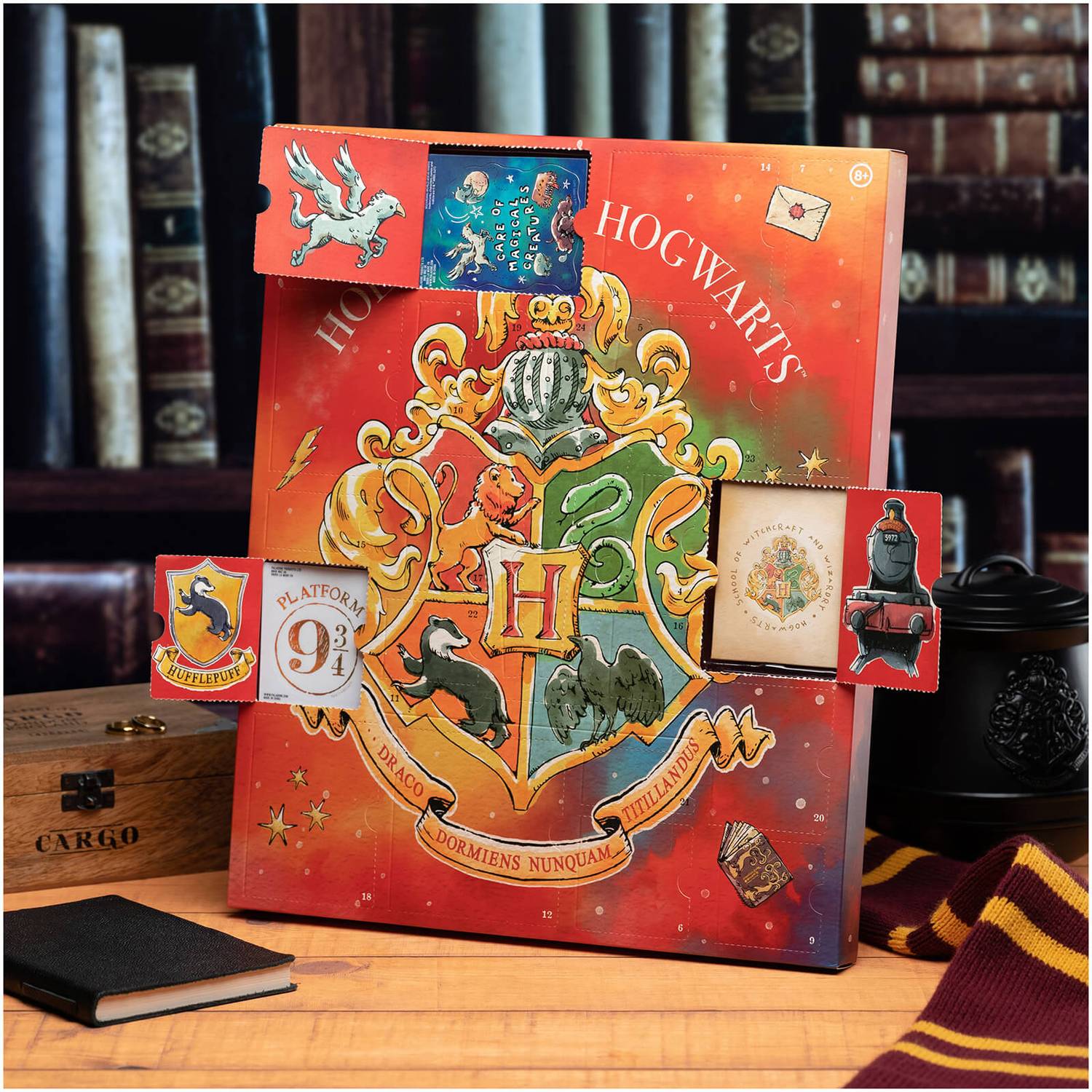 Make every day leading up to Christmas even more magical with this wonderful 24-day Harry Potter Advent Calendar!

This fantastic advent calendar includes a piece of Harry Potter memorabilia behind every door that’s sure to please lovers of both the books and the movies.

Opening a door could reveal anything from a set a of playing cards, gadget decals, various notebooks, pencils and erasers to make your Christmas even more memorable. When Christmas is over, the calendar turns into a cool door hanger that says ‘Gone to Hogwarts’. The calendar also contains a Harry Potter Wand Pen which is in the exact design of Harry’s own wand from the movies!

First published in 1997, J.K. Rowling's bestselling series of novels following the magical adventures of Harry Potter, Ron Weasley and Hermione Granger has since become a cultural phenomenon. A huge success in novel form, the world of witchcraft and wizardry was then given big screen treatment in 2001, launching one of the most successful blockbuster film franchises in cinema history. Harry Potter is instantly recognisable to millions of people across the world and is hugely popular among fans of all ages.