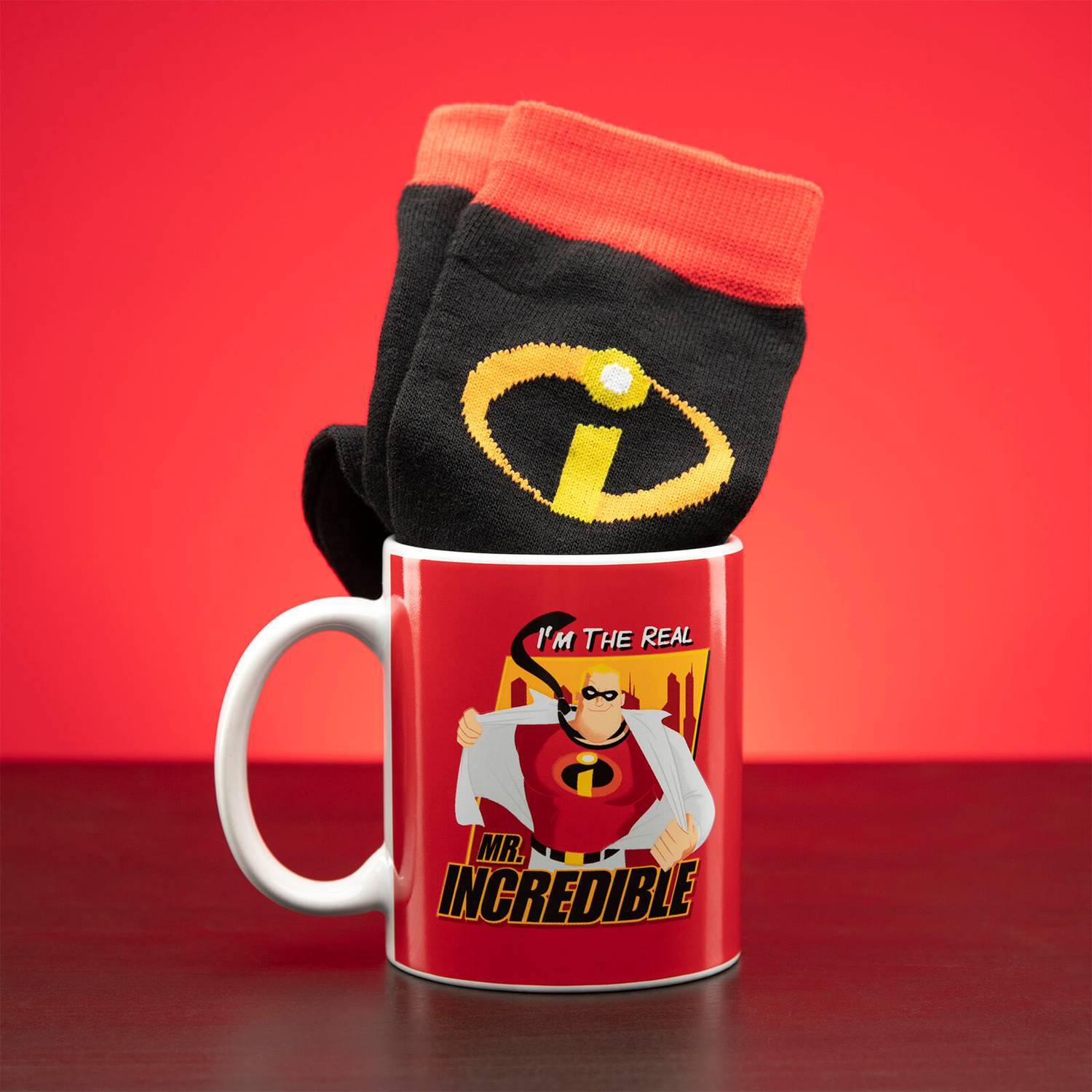 This sock and mug set makes a great gift for the Mr. Incredible in your life whether it's your father, husband, brother, friend or someone who is simply incredible. Supplied in a colour gift box, this set is ideal for fans of Bob Parr, for those who love the Disney Pixar movies and is also a great piece of memorabilia. The first movie, The Incredibles was released in 2003 grossing $633 million worldwide during its original theatrical run. The Incredibles received widespread approval from critics and audiences, winning two Academy Awards and the Annie Award for Best Animated Feature. The sequel, Incredibles 2, was released in 2018 and has grossed over $1.2 billion worldwide. Supplied as a 300ml (10.1floz) mug with printed decal and a pair of socks (UK/AU/NZ 7-11, EU 41-46, USA 8-12) in an open printed box.