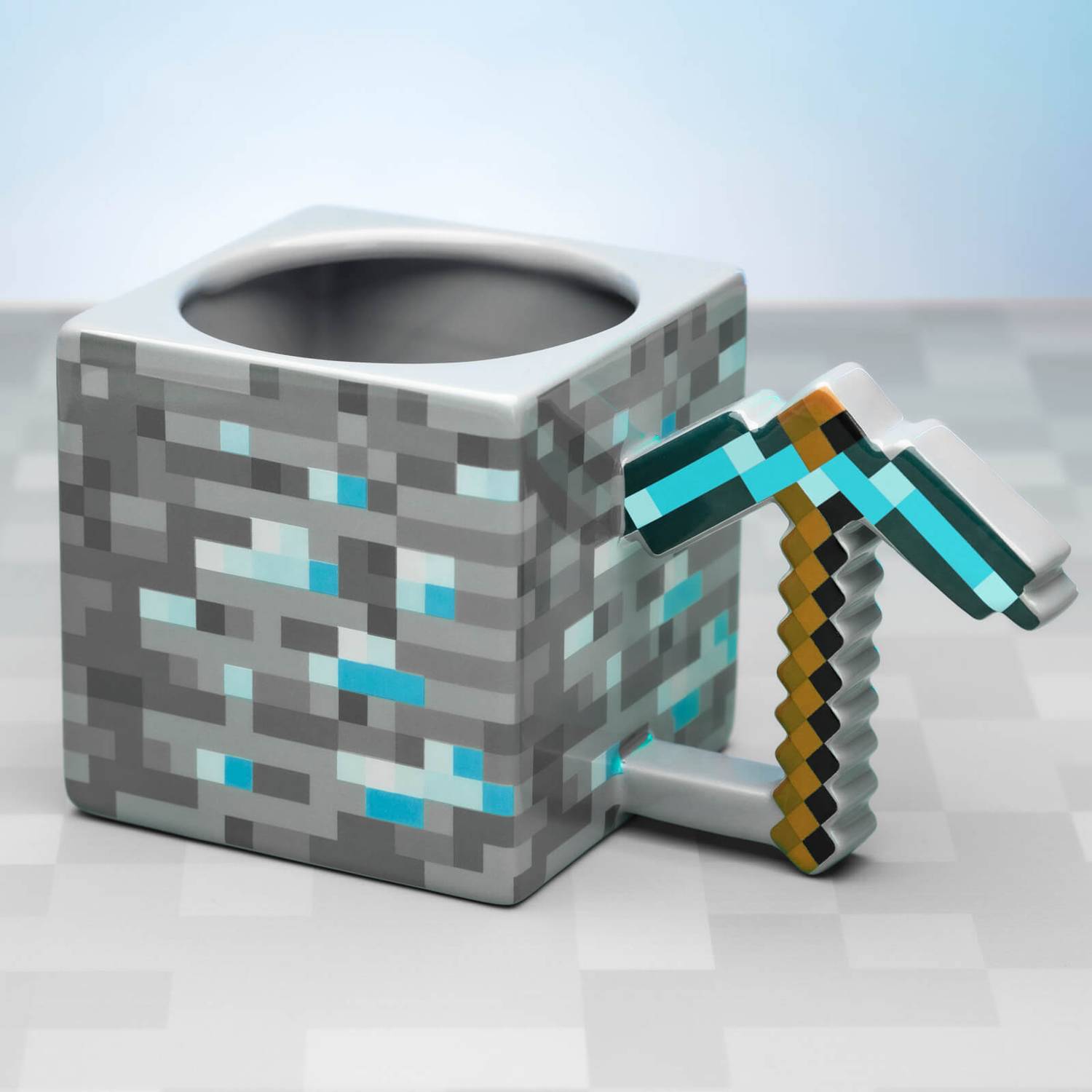 This officially licenced Minecraft oversized square mug has a unique handle in the shape of a diamond pickaxe as featured in the critically acclaimed game. In game play different qualities of pickaxe are required to successfully harvest certain ores and blocks. As an example, while stone can be mined with any pickaxe, gold ore must be mined with an iron or diamond pickaxe. The diamond pickaxe is Minecraft's most famous tool and is often featured in pop culture. The diamond pickaxe is the most durable, and the second fastest pickaxe. It can also mine more materials than any other pickaxe, including all Ores, Stone and Obsidian. It is a very rare pickaxe and, when crafted, it is thought of as a very valuable tool.

The body of the mug is not only decorated with various different coloured blocks as featured in the game, but it is also shaped like an iconic block.. With a 550ml (18.5floz) capacity this mug is larger than standard size 350ml (12floz) mugs, providing you with enough refreshment to see you through cycle after cycle of this critically acclaimed game.

Minecraft is a sandbox video game first released in 2011 and is the single best-selling video game of all time with sales of over 180 million copies, across all platforms, to date. Players explore an intentionally blocky, pixelated 3D world, to discover and extract raw materials, craft tools, build structures or earthworks. Depending on game mode, players can fight computer-controlled monsters and either cooperate with or compete against other players in the same world.

Officially licenced and 100% ceramic this mug is sure to put a smile on any Minecrafters face Supplied in a full colour gift box.