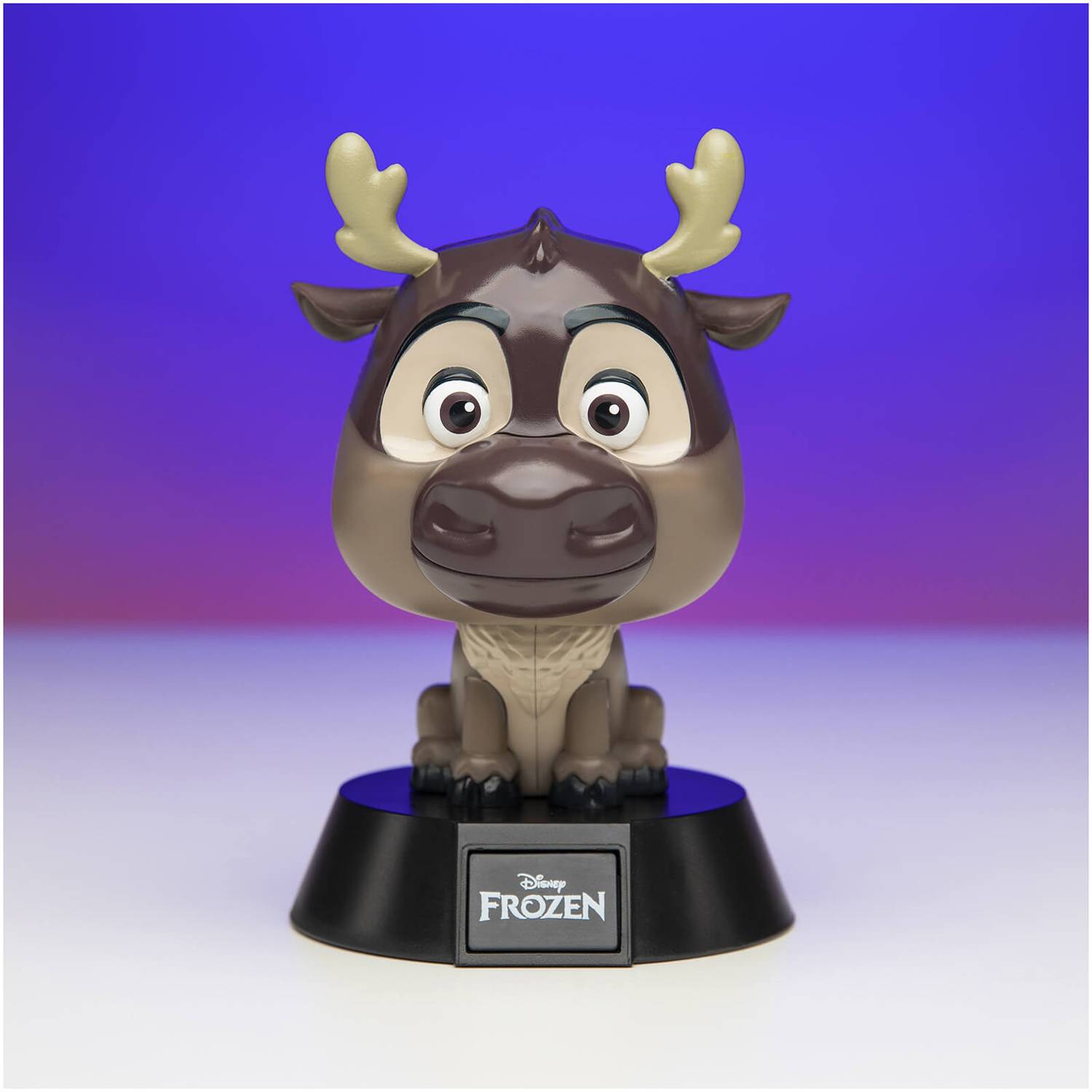 Shine some light into your own little kingdom with this fun and adorable Sven Icon Light. He's loyal, warm and friendly, so make sure you have this marvellous reindeer by your bedside at all times.

A fantastic gift for Frozen fans, this light features a 3D figure of the reindeer Sven, one of Anna's faithful companions. Sven himself lights up when the lamp is switched on.

The lamp stands on a black base that features the Frozen logo. It's 10cm tall, requires two AAA batteries to work, and makes a lovely present on birthdays and Christmas.

The hugely popular animated film Frozen was released in 2013 by Walt Disney Pictures. Kids and grown ups around the globe grew to love Anna, her rugged iceman, and her naive snowman pal Olaf, as they ventured off to try and rescue the kingdom from eternal winter. And now, in 2019, Frozen fans are sure to be excited for the release of the hotly anticipated Frozen II. Elsa and her sister Anna are about to embark on yet another adventure far away from the kingdom of Arendelle. Frozen II is set for release in November 2019.
The Frozen Sven Icon Light is an officially licensed Frozen product.

This product is made using BDP which stands for Breakdown Plastic - an organic additive that helps plastic decompose at landfill.