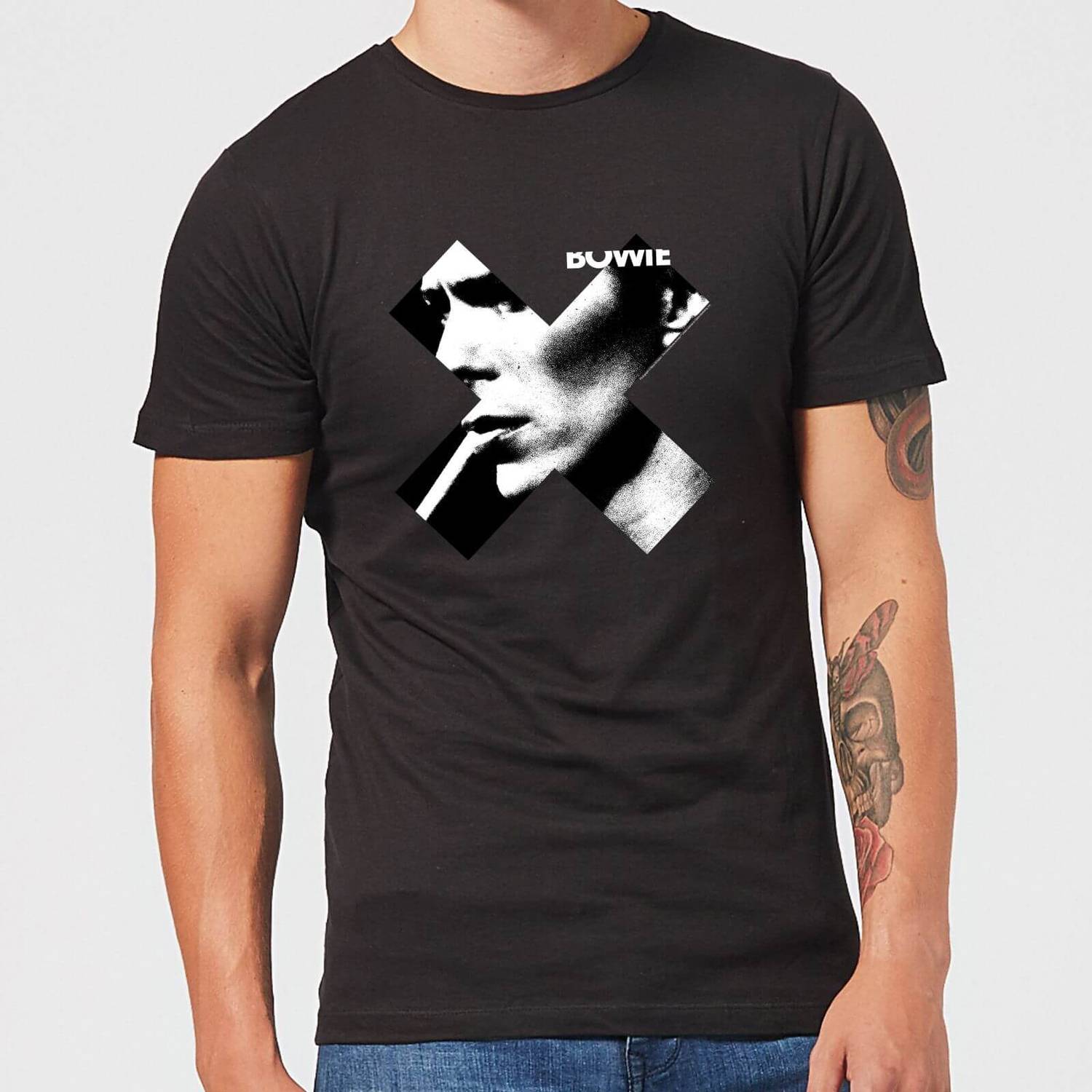 Our David Bowie X Smoke Men's T-Shirt, an exclusive product, is ready to join your wardrobe.

Taking your appearance to the next level, it boasts a eye-catching print on a Black piece of clothing.

(We are proud to say that this product has been sourced from ethical suppliers, so this site is the definitive location to find the latest clothing.)

In addition to a focus on design, our items are tailored to people of different sizes, each T-shirt having a relaxed fit. If you have a preference for looser-fitting clothing, please order a larger size.