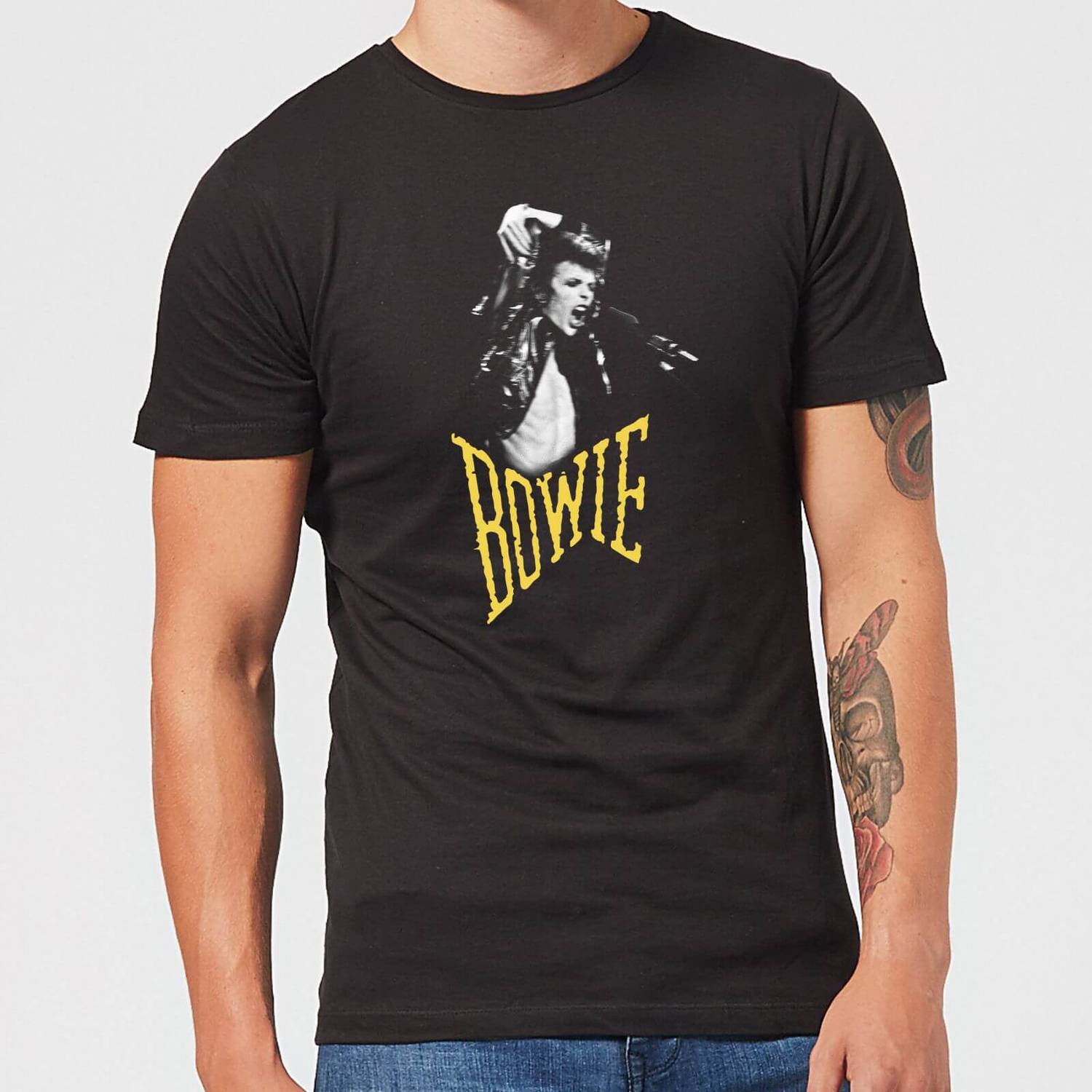 Our creative David Bowie Scream Men's T-Shirt, a site exclusive, is a smart addition to any wardrobe.

Designed by those with an eye for fashion, it features a bold graphic on a Black template.

(Ensuring adherance to best practice, this product has been sourced from ethical suppliers, and we are available to answer any further queries regarding our clothing items.)

In addition to a focus on design, our items are tailored to people of different sizes, each T-shirt having a relaxed fit. If you prefer a baggier fit, it's suggested that you order a size above your usual.