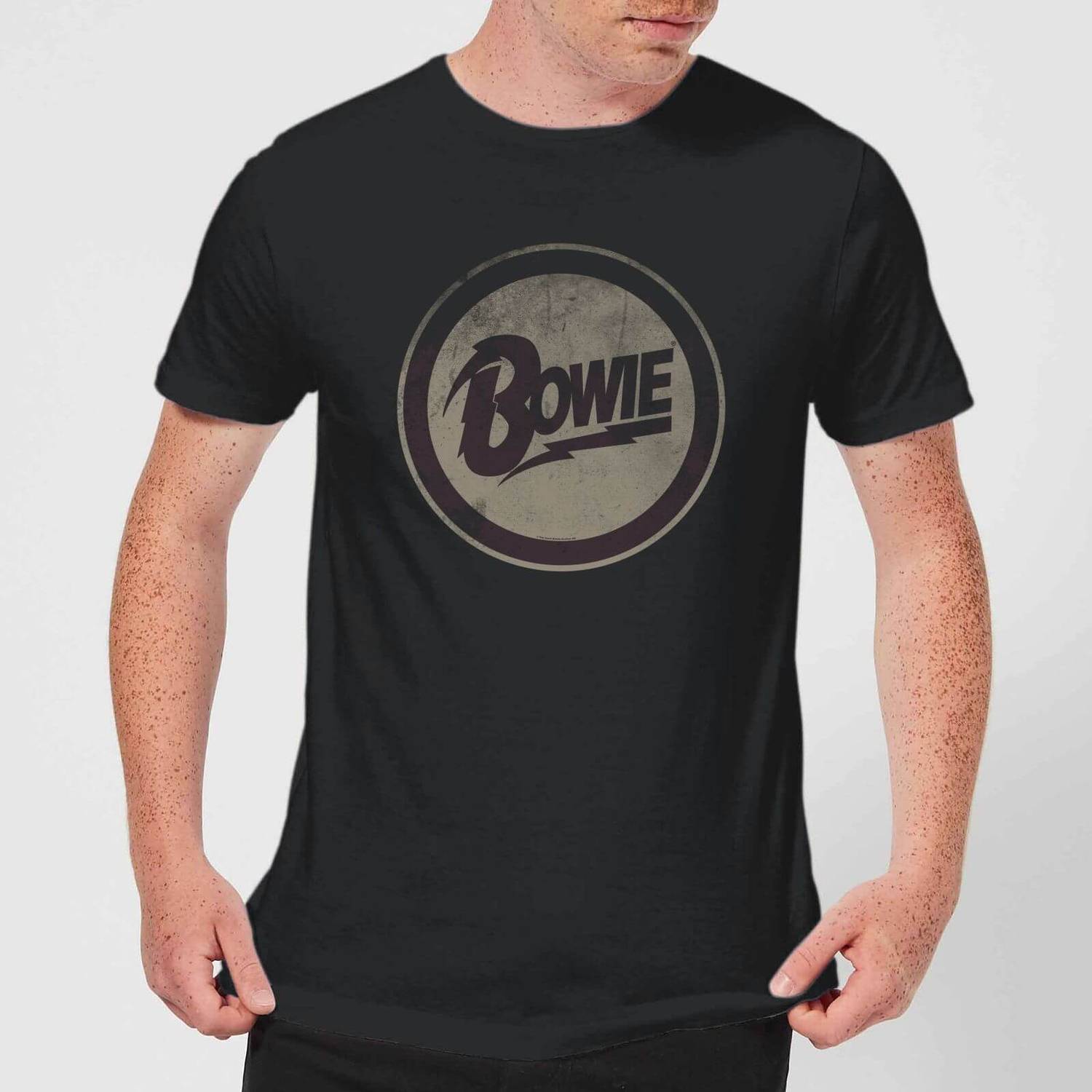 The fantastic David Bowie Circle Logo Men's T-Shirt, a site exclusive, is a smart addition to any wardrobe.

Birthed from the minds of our designers, it features an attention-grabbing graphic on a Black background.

(Our ethical approach ensures that all our products have been responsibly sourced, so start shopping with confidence.)

On top of this, our items give optimum comfort, with proportions suited to men and women. Prefer a baggier fit? We suggest that you purchase a size up.